by Louise Morgan | Blog, Self Care 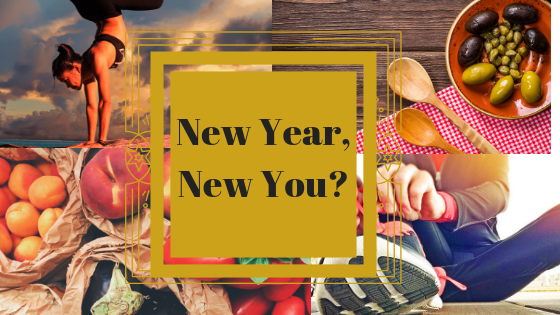 It’s January again, and that time of year when we get bombarded with messages of hope, aspirations and aims that we should aspire to for the next coming 12 months. Usually, after the Christmas deluge of overindulging, there are health aims and plans to get things done. But, people seem to be

realising we don’t have to start everything on January 1st. We have 31 days in the first month and 11 other months following it. My January 1st tends to involve watching films and doing generally nothing – it’s a continuation of my Christmas celebrations but has usually been preceded by a New Years Eve of cleaning and tidying my home. Those who know me know I take my down time seriously, this is the one time of the year when I veer away from work and dedicate my time to being completely with my family, as at other times of the year my holiday may still involve some work. I also begin my planning ideas during the last quarter of the previous year, so that by January I have an idea about what I’m wanting to achieve in the first part of the year. The pressure for us to create a new improved version of ourselves can be found in magazines, in advertising and on social media. Do we have to? Not really. Any changes we make should be because we want to make them, not because we feel we should. Sometimes, we could focus on being enough, we can be comfortable with ourselves on the inside and outside. If we feel enough, then any changes we want to make can be made from a place of wanting to improve for ourselves, rather than because it’s what we think we think we should be doing. If you’re looking to make a lot of changes, it can seem quite overwhelming. Also, in our quick fix society, it can seem a long time to think about working on something for at least six months or possibly the whole year. But, if you’re thinking of making lasting changes, little and often can go a long way. You don’t need to start something straight away, especially if you’re planning on a few different changes. Staggering starts, planning things for later in the year, or committing to an action 2-3 times a week or month can be a gentler approach. You don’t need to start the year with the new changes so give yourself breathing space, let yourself get clear and plan to ensure you’re setting things that you actually want to do.

Louise is an holistic therapist who owns Therapy Centre, Bristol BS14 9HB, a clinic offering a range of holistic and beauty therapies. Louise offers reflexology, aromatherapy, holistic massage, Indian head massage, reiki, baby massage and story massage. She is a mum of two boys and when she is not working she enjoys getting outdoors with her family.  For further information about Louise, visit louise-morgan.co.uk.
None of the therapies available claim to cure, diagnose or prescribe. Only doctors can provide a diagnosis and if you have any health concerns you should visit your GP first. Complementary therapies should not be used as an alternative to seeking medical advice.